Are you planning to buy one of the best DJI drone and not sure which one is right for you? Which one will serve you better for your professional Drone Business or your personal Projects? To answer this, We are comparing the best of DJI Drones for you so you don’t have to.

Mavic Pro and Phantom 4 Pro both are the leading drones of DJI, but you will notice that people often go for Phantom 4 Pro rather than Mavic Pro. Now, what is the reason behind that? Mavic Pro is more advanced as compared to Phantom 4 Pro, it is foldable and a stylish drone that will make your day, then why people select Phantom 4 Pro more?

DJI Mavic is a small yet powerful foldable drone with the most sophisticated camera and advanced flight modes. DJI Mavic first version was released in September 2016 and thus the era of Mavic Drones began. DJI Mavic is available in 4 versions; Mavic, Mavic Pro, Mavic Pro Platinum and Mavic Air. And soon Mavic 2 is coming to market.

In any drone comparison, the most important subject is a camera. People buy drones for videography and to enjoy FPV (First Person View), if the camera isn’t good then the drone is useless or could only be used for drone racing within line of sight. So you need a drone with good camera results for aerial photography and videography.

The 20MP camera of Phantom 4 Pro V2.0 is integrated with a high-resolution lens that will provide the detailed image without any distortion. The lens has F2.8 wide angle lens with a 24mm focal length.

Phantom 4 Pro V2.0 comes with an infrared sensing system that will allow your drone to sense the area and measure whether your drone will go through it without crashing from any obstacle or not.

Mavic Pro has a 12 MP camera and 3 Axis Mechanical Gimbal which will stabilize your camera when the drone is suddenly jerked or flown at high speed. Record videos in 4K at 30fps and with gimbal stabilization get a clear image of high-speed objects, though efficiency isn’t as good as compared to Phantom 4 Pro V2.0.

Mavic Pro VS Phantom 4 Pro V2.0: Which One Has The Better Camera?

There is just one feature in Mavic Pro Camera that isn’t included in Phantom 4 Pro, which is the 3-Axis Gimbal.

Maximum flight time is the dream of every drone hobbyist, the more the flying time would be the more fun it will be to fly the drone. For making videos, flight time and the range is as important as the camera.

If the flight time of your drone is just 10 minutes, then you can’t possibly make the video longer than 10 minutes and if you’re an adventurer and a traveler then the region you’ll cover will also be limited. So, with a better camera you also need long flight time and range too.

Transmission range of both drones is 7 KM so you don’t need to compare the range while choosing one. No doubt, still no other drone company could beat DJI with respect to technology. DJI Drones are the most advanced drones and there are only a few companies in the market that are providing enough compatible drones like Parrot, GoPro.

People love drones for their fun features and advance flight modes. Whether you are buying drones for videography or just for fun, you want these features in your drone. Let’s discuss what features these drones are coming with Mavic Pro.

Flight Modes of Mavic Pro are:

Active Track: Shoot like a pro with Active Track, just select any object by tapping on the screen of your mobile device and your drone will track it wherever it goes.

Gesture Mode: Capturing a selfie was never so easier, just wave your hand in front of your to take a selfie.

Tripod Mode: Drones are pretty fast and it’s difficult to control them in narrow areas. Tripod will slow down the speed of your drone and make every movement so precise that you could even fly indoors or in a place full of obstacles.

Sports Mode: Allows your drone to fly at the speed of 65 kilometers per hour, helps you in capturing fast moving objects and drone racing.

Draw: Draw a flight path on the DJI GO 4 app, and your drone will fly on that path.

Active Track: Keep the track of any object just by selecting them on the app.

TapFly: Select any point on the map showing on your mobile screen, then tap on that point and your drone will reach there.

Return to Home: During signal loss and low battery, your drone will automatically reach to the initial flight position to avoid any crash or lost.

Everyone has a budget and a desire to get the best thing available in the market at a low cost. If you’re getting an expensive drone and the features aren’t enough valuable then it’s totally waste of money and for beginners bad experience too. You can’t question DJI Drones on the features and advance flight capabilities, they are the best.

The Price of DJI Mavic Pro is $999 while Phantom Pro 4 V2.0 comes in $1,499. There is a difference of $500 between the price of both drones, but the camera and features of Phantom 4 Pro are also superior from Mavic Air.

Which drone is the best? There is no simple answer to this question but, which Drone will be best for you? We can help you in answering this question.

Mavic Pro is a foldable drone, you can take it anywhere and the price is also low. So, if you have a low budget or you need a compact size drone, then Mavic Pro should be your choice.

Phantom 4 Pro V2.0 is embedded in the most advanced drone technology, it is used for both recreational and commercial purposes. Camera and Flight Time both are comparatively better than Mavic Pro. For professionals and experts, it is the best drone. 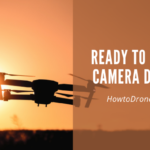 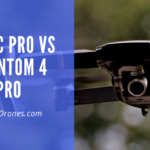 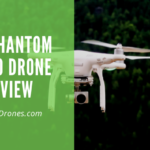 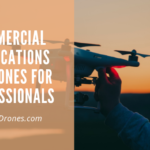 Commercial Applications of Drones For Professionals